Everything is starting to blur haha, I really need to update once a week and I somehow let 2 weeks get by. Granted, I had a good amount going on and now just in the final stretch of things and hopefully slowing down on things after this week! We have been checking stuff off the list... THE LIST of things I wanted done before the baby comes and we only have a few things to do left! This list had like... 25 things on it so I say we're doing pretty good haha!

Week 35 was fun! We had my brother stay with us for a few nights while my parents were up north. We got lots of treats and took him to Anasazi for his first time! mmm foooood.

That weekend was 2 baby showers for Oliver as well! Carson's work threw me one on Friday which was so incredibly nice of them. They all pitched in to get us the Owlet and a few other items like his baby tub and bumbo! (and bottles and shoes and changing pad, and they are basically so so nice to do that for a wife of one of their employees). We are very blessed that Carson works there and they have been so good to him/us.

The next day was a baby shower thrown by my Momma and it was so cute! We did a cactus theme. We had family and close friends and neighbors over and it was a party! We had the yummiest food made by my beautiful friend Sasha and her mom. I've known Sasha for 21 years and it's crazy that we'll both have boys that will be friends like us forever! Hers is 2 years older but that's ok, right? I'll just force Wade to play with little Ollie haha ;) They made a do-it-yourself style of chicken salads (like Durangos or Cafe Rio) and they were perrrrrrfect. We played a few games as well and opened presents! (Oh, and I made sugar cookies from scratch for the first time for the party and I *think* they were a success!) Also, that adorable cake was made by Cupcakes by Julie, she's so great! ALSO also, the cute cactus designs on the banner were made by Katelin Hansen :) So many people have been supportive and thoughtful for baby Oliver and it was such a perfect evening. Thanks to everyone who came and spoiled us! We only had to buy just a few items after both showers and that was immensely helpful because we had to replace 6 tires on our cars last week! *working on thank you cards still, that's on THE LIST*

Here's some pics from my talented friend Melissa: 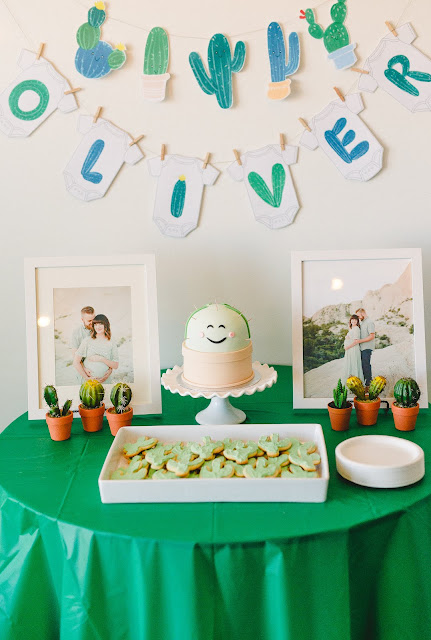 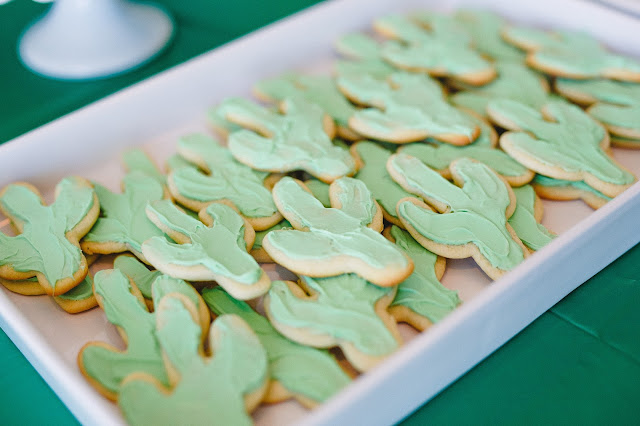 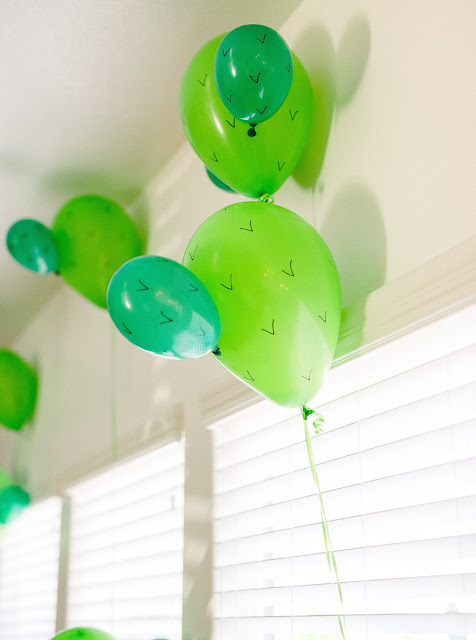 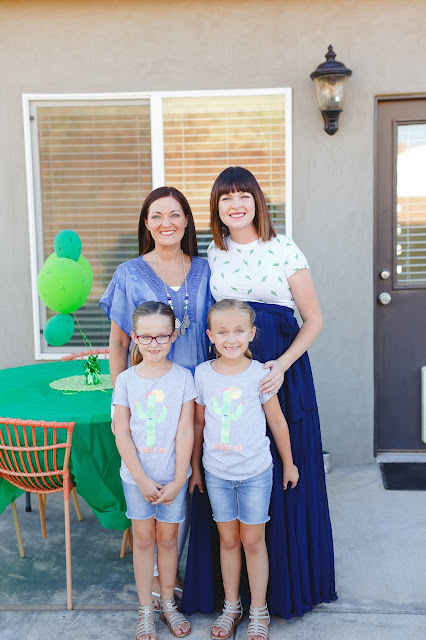 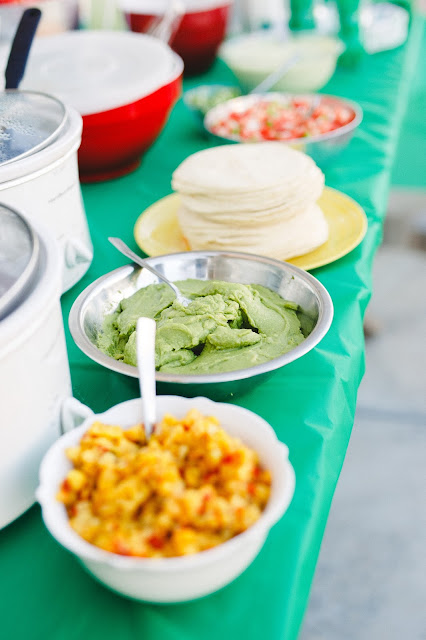 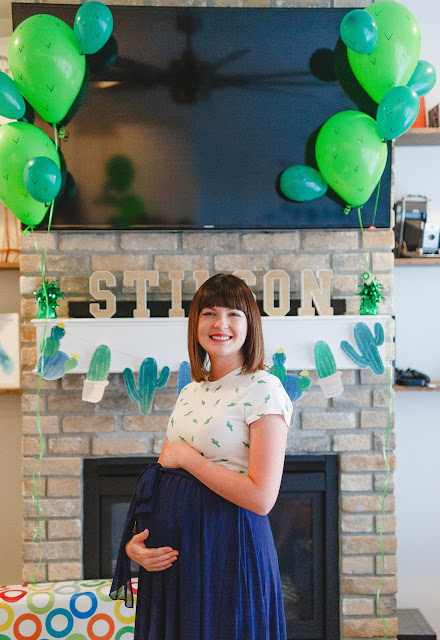 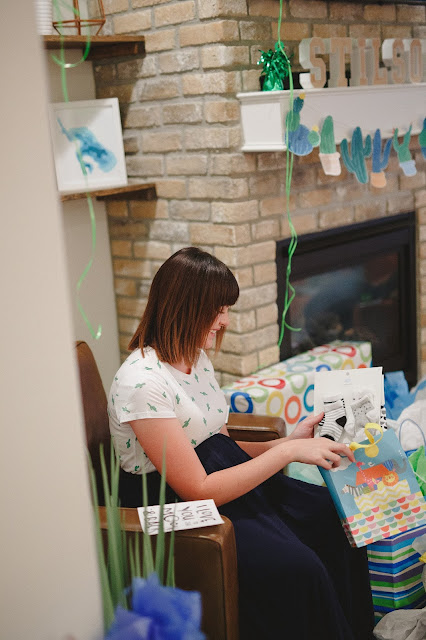 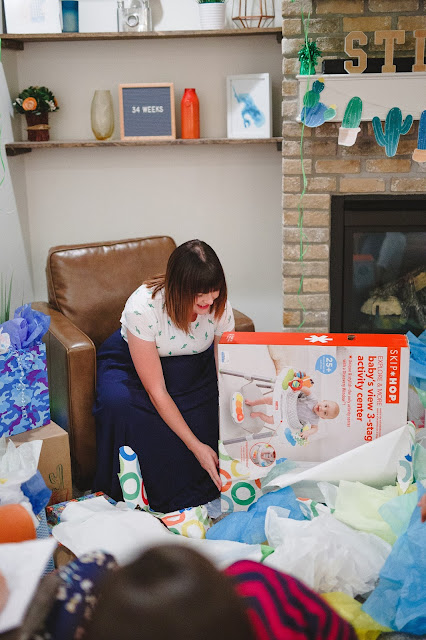 Week 35 we had a doctor appointment and my first vaginal exam... basically not dilated (maybe 1/2 centimeter?) and 50% effaced. During week 36 Carson had to go out of town for a few days and I had the worst sleep without him! I typically only wake up 1-2 times a night (mostly around 4am every night haha) and without him here I barely slept. Lame. He also missed our doctor appointment (because I'm weekly now on those) so my mom came with me and we also got lunch and went to Target! It was so fun! I haven't dilated any more but I'm now 70% effaced. That exam wasn't as gentle as the first one and hope this week is a little less painful ha. I texted Carson and told him I found what he's getting me for my "push present" and that is a new fall outfit! Target has a new brand of clothing and it's so cute. I can't wait to wear normal clothes again and this outfit I'm super looking forward to! I also got a massage during week 36 and it was just what I needed.

We had to change 6 tires last week and that was rough :/ I was getting excited to finally have some money for savings and.. nope! This last weekend we spent a lot of it cleaning and throwing stuff out. We got our pantry all cleaned out and organized AND Oliver's room is officially completed! Everything is washed, organized, vacuumed and decorated. Such a relief!

Baby is kind of out of control. He had left my ribs alone for most of the pregnancy because he was so low. He still is low, even more so, but has now decided to stretch out his legs straight and get my ribs! Ouch! He constantly has the hiccups, constantly is moving, and still jumps when I have gas haha! Poor guy. I'm also cramping (contractions maybe?) and having braxton hicks so that's a party.

How far along? Currently 37 weeks!
How big is the peanut? According to my apps, anywhere from 6-9 lbs and 18-20 ish inches!
Total weight gain/loss? Last time I weighed I was about 10lbs up from pre pregnancy weight or 26lbs total gained.

Best moment this week? hmm that's hard! Loved my baby showers for week 35 and week 36 was probably Target and lunch with mom.

Symptoms? new symptoms are cramping like I'm going to start my period.... still have heartburn and I've been napping more.. so tired! Also my hands HURT SO BAD. Especially when I'm sleeping. I wake up feeling like I punched a brick wall and all my bones are broken. It gets better throughout the day, probably the fluid getting out.. and then starts the cycle again at night. Ouch!
Food cravings? Chocolate? All the food? ;) I wish I could say they were cravings but this is how I am all the time.

Food aversions? Nope!
Labor signs? Cramping/braxton hicks... the tiniest bit of blood tonight?
Belly button in or out? Out if I'm sitting or standing :)
What I miss? Not being swollen. I don't even have it as bad as some but my hands are really killing me.

What I'm looking forward to? Our dr appintment Thursday :) AND getting our bassinet <3
at September 04, 2017