Guys. I kept a baby alive for a whole week!

The first week was so great. After we got home from the hospital we settled into a semi routine and I think we did fairly well! Carson cooked our first dinner home and we had yummy crock pot bbq chicken. Our first night together was pretty good and every day I was slowly feeling a little bit better. We had quite a busy weekend with my brother's birthday and Carson had to go into work quite a lot that first week. By Sunday my milk came in and I was NOT prepared for that pain! I felt like I had come to terms with my delivery and my recovery process and then BAM, boob hell. Luckily it all cleared up in about 4ish days thanks to peppermint tea and cabbage leaves and lots of ice packs. I couldn't really deal with all my pain so Ollie and I just sat in bed in the evenings and watched happy, positive shows. Like "Hitch" and "The mighty Ducks" and "Heavy Weights" ha! It was so nice to just sit and watch a movie and not worry about work or editing. I still had stuff to do but realized I just had a baby so it was ok I take a chill.

We have had lots of support from friends and family and so many meals have been brought in. We are truly grateful! I've been meaning to finish up my thank you cards for all the baby shower gifts and meals brought in... and I've been itching to get back to L&D to give all the nurses cards and donuts. I hope to get that done soon!

Ollie did great his first week. He started to eat 3oz every 2-3 hours and slept pretty decent too! At first we had him in his bassinet and he wasn't a huge fan so we eventually gave in and had him sleep in the dock a tot on our bed.... I know, I wasn't going to co-sleep but desperate times call for desperate measures haha! No worries, we are safe with no blankets on him and it's a hard flat surface. We also have the owlet to let us know any oxygen concerns or heartbeat low or high. The bassinet isn't big enough for the dock a tot to sit in so we are feeling a little stuck for now.

On the 1 week mark we had my friend Alyssa come and take some photos of the 3 of us. I was still quite swollen but I love these photos! We also went to his first dr. appointment on his 1 week mark and he is basically a perfect child. HA! He gained 5oz (so 9lb 6oz) and evidently shrunk... 21.25" inches. What? They said the hospital might measure differently so don't pay too close attention to it. Also, his head is off the curve in size, which I could have told you that since it took a vacuum to get his big head out ;) It just means he's super smart right? I love my big head baby. He also graduated to size 1 diapers on his 1 week mark. He's growing up too fast :(

Some of my favorite things about week 1:

After Ollie is done with his bottle, he smacks his lips so loud. I laugh every time and it's the best. He also has been super smiley and I was able to get a few captured with my phone. (Not during newborn photos though, that little stinker... newborn photos gets it's own separate post, I'm waiting for film to come back). He likes to cough exactly 2 times while he's being burped and sometimes will end it with a coo.

I have yet to be peed on. Poor Carson has been pooped, peed and sneezed on and takes it like a champ haha! His sense of humor really keeps me going. I've had a lot of anxiety and he's done everything to make things easier on me. 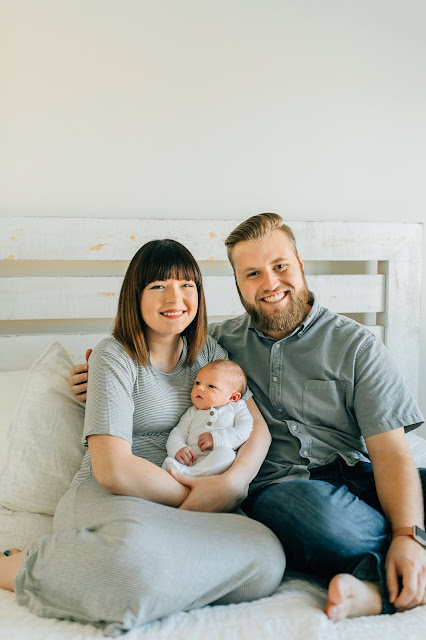 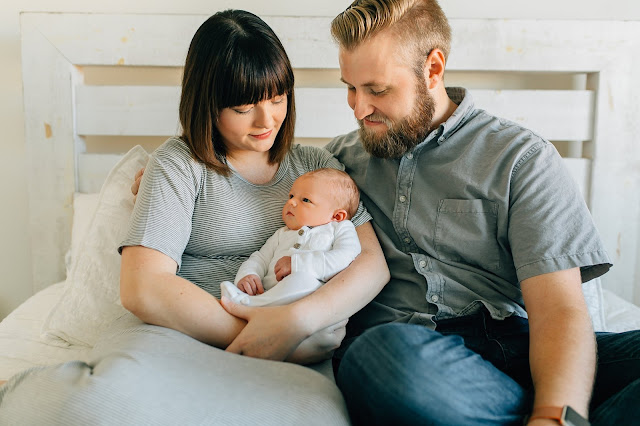 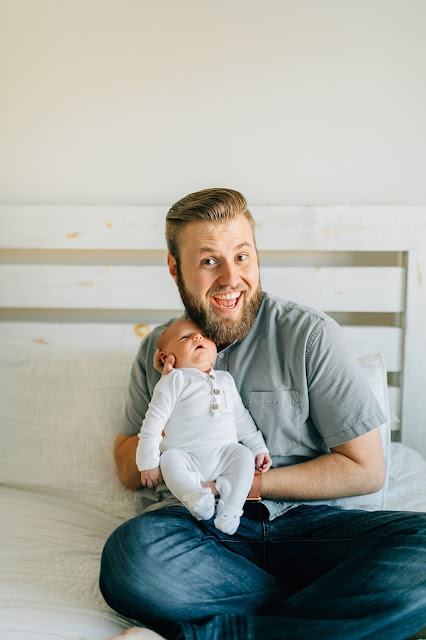 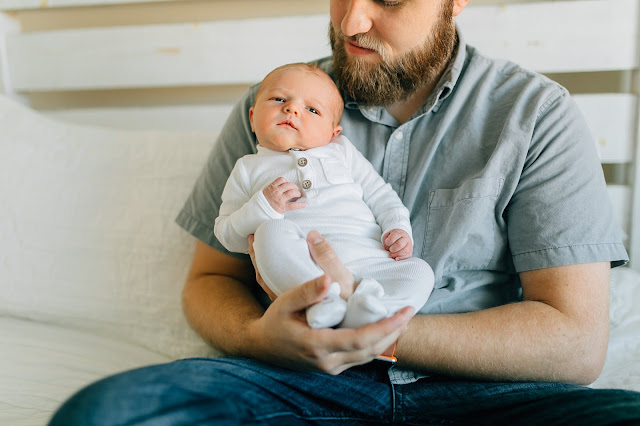 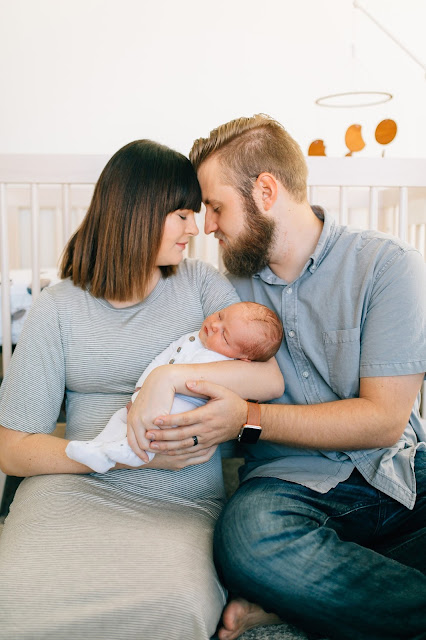 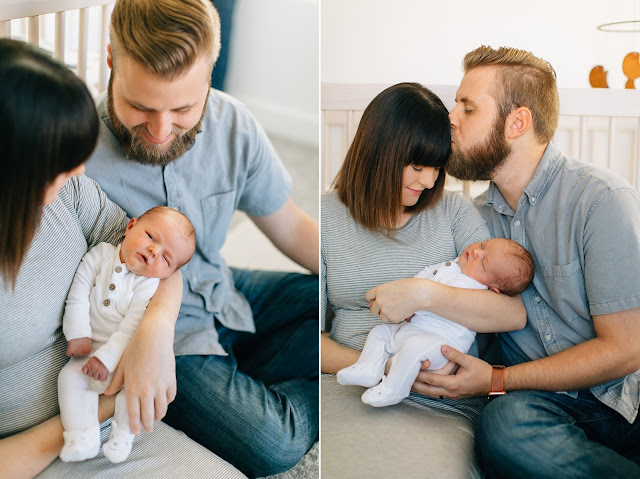 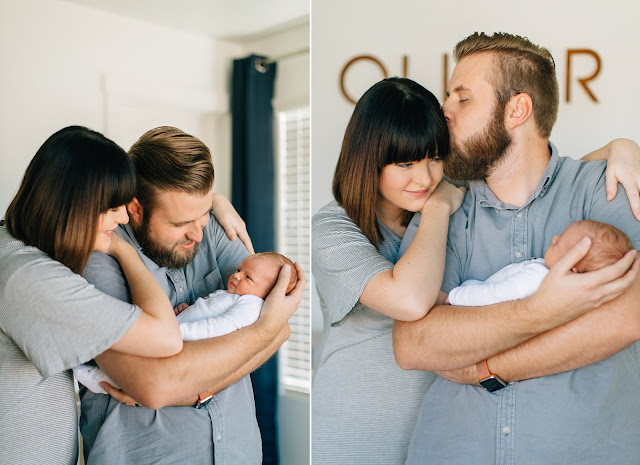 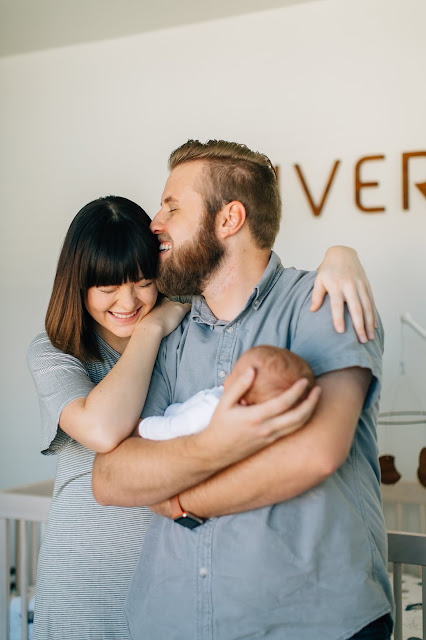 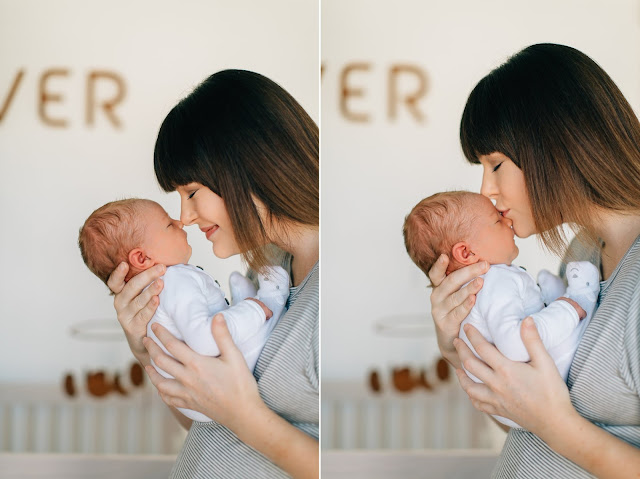 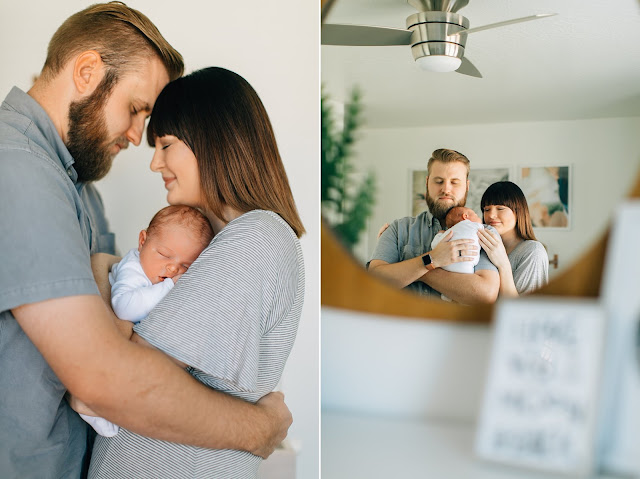 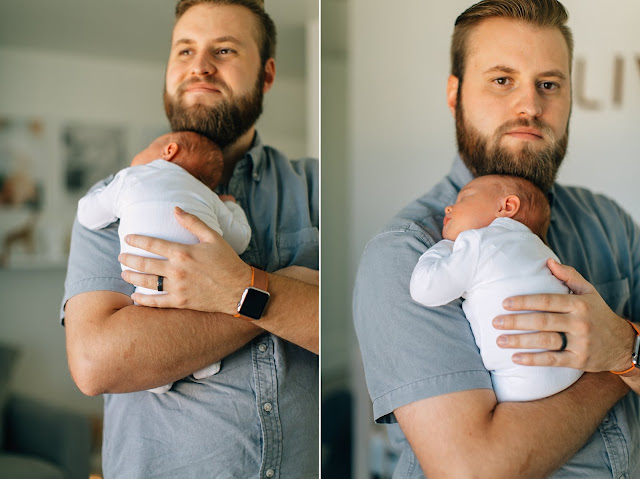 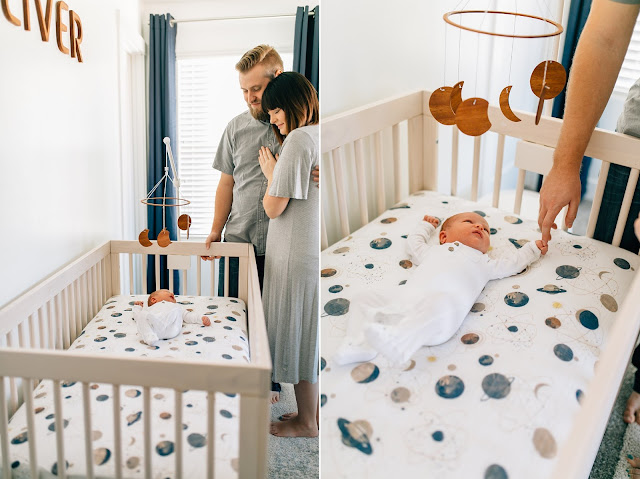 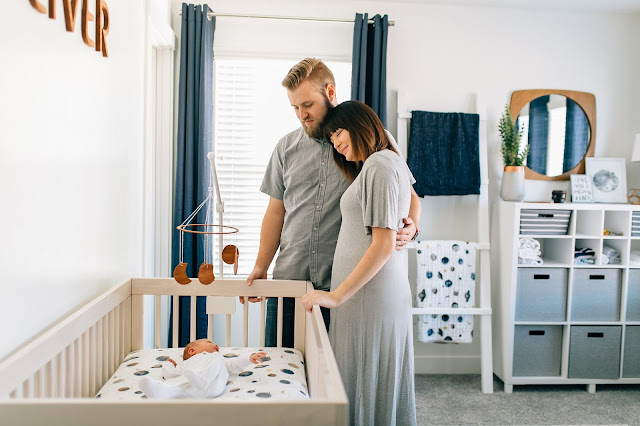 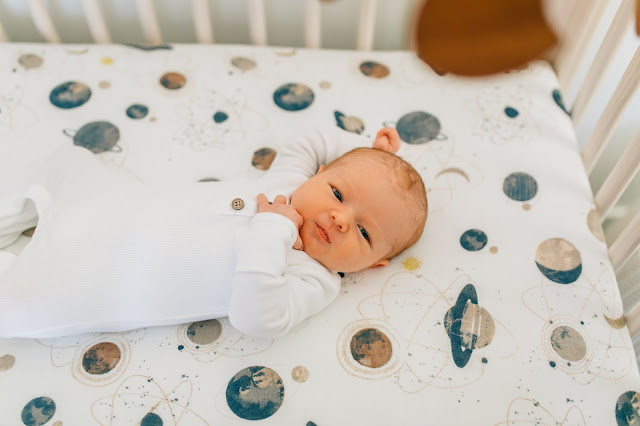 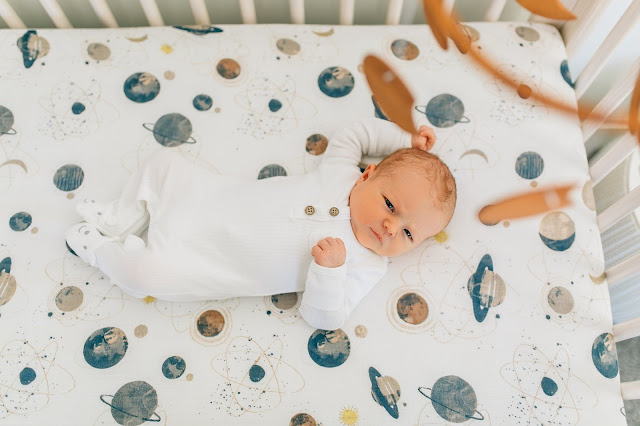 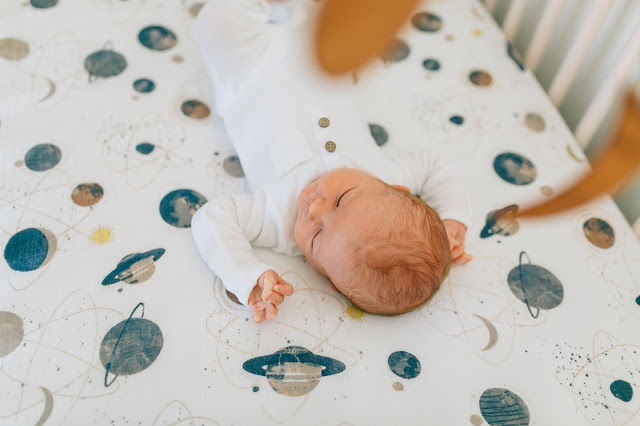 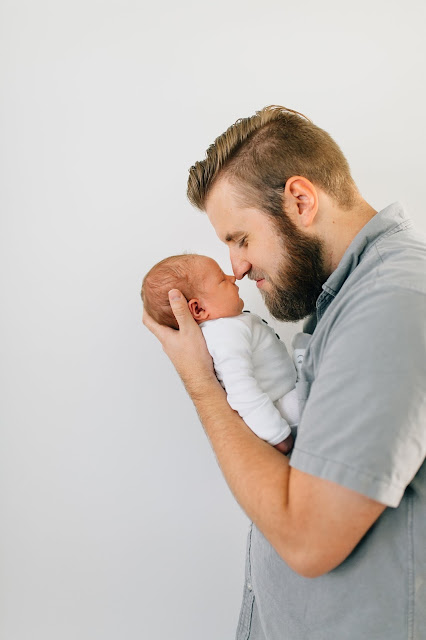 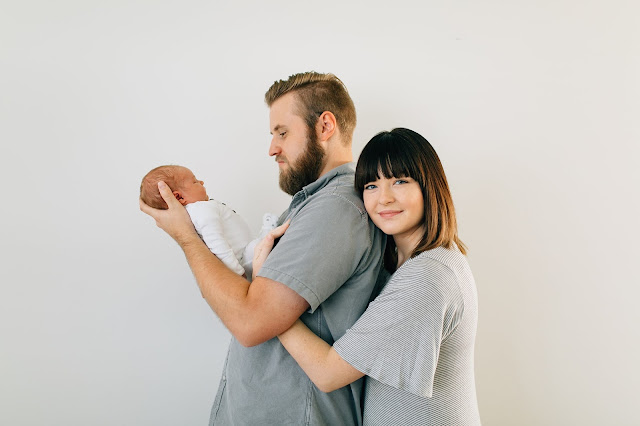 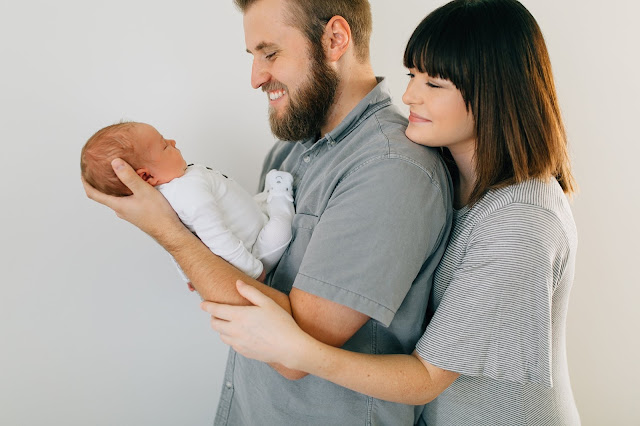 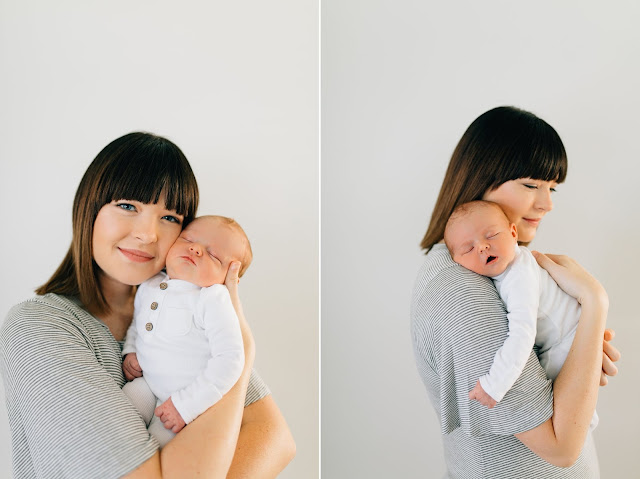 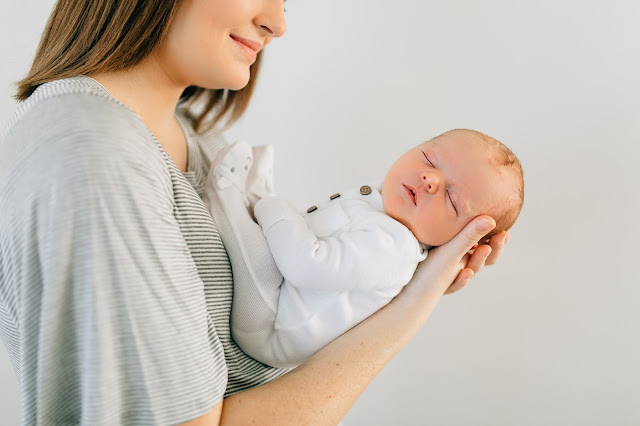 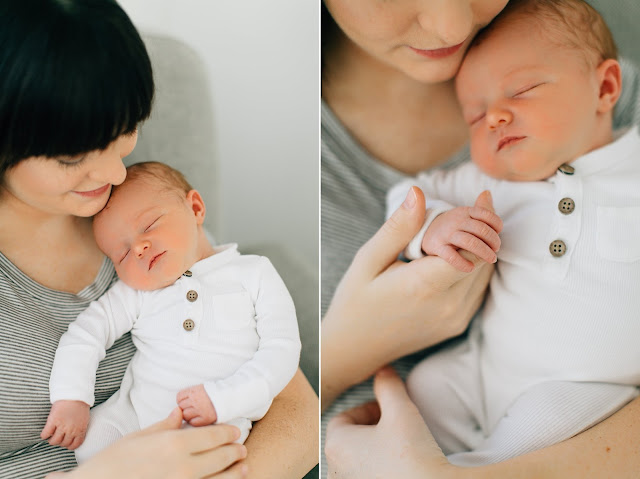