It's funny to see the last post on here was about the 21 day fix. It's an awesome program, but it kicked our butts and we lasted 7 days. That was also when I thought I was chubby and I was certainly NOT. I'm funny.

I plan on blogging once a week because... dun dun dun... we're pregnant! I have a few journal entries I want to insert in the blog so everything is in one place! 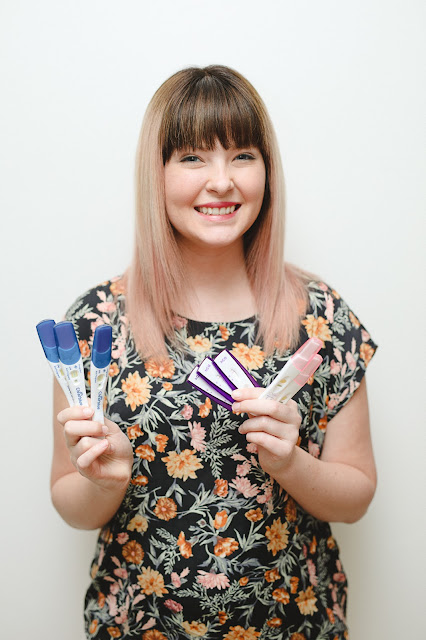 We're pregnant! We found out on Sunday. I had some cramping going on and even though I had 2 days until I could take a pregnancy test, I decided to take one. I had a fancy clearblue test and instantly got a positive. I was shocked! That can't be right! I am so used to seeing negatives. I researched and a lot of people got false positives on those tests. I wanted to tell Carson in a fancy way but I was really wanting to go get a bunch of different brands of tests that night to make sure I really was pregnant. I ended up telling him when he came down to get a drink and I was watching a show on the couch. I said "ok, don't get your hopes up... and I'm only telling you because I don't want to go alone..." And he got a funny expression on his face like what the heck are you talking about... and then I told him! We went to walmart at midnight and got 2 other brands. I decided to wait until the morning to test. I was so excited that I woke up at 6am to take both tests. Positive! We hugged and kissed and it was a really happy moment. Not what I had dreamed it would be, I wanted to tell him with a bunch of balloons when he came home from work and I have these giant mylar balloons that spell out baby.. but this was just as special and it all felt so surreal. Unfortunately the cramping I was having was an ovarian cyst. I was afraid it was a tubal pregnancy so my doctor ordered an ultrasound and it was a pretty big cyst with lots of free fluid. The pain for that entire week was unbearable. I've had a cyst burst before but it was a little one (and still I went to the ER with that!) This one was much bigger and I would get excruciating pain at night. I finally called my doctor after a couple nights of this and they prescribed me lortab but then I got scared and didn't take it (even though it's safe and probably would have really helped)! Luckily after a full 7 days the pain stopped and all was well again.

We told our families by giving them poppyseed packets. Both my mom and my mother in law were so confused. Neither of them are gardeners haha. We explained that was the size of our baby that week and they were so excited for us. We told a good amount of our close friends and family, we couldn't hold it in!

We got my HCG levels tested 2x now and so far so good. I go in again Monday to make sure I stay on track. If I remain pregnant then I'm due around September 25!

Some of my symptoms so far:

I need to be better at updating! I'm 6 weeks pregnant tomorrow! Luckily I'm not sick yet. I hope that never starts... My first dr. appointment is Feb 21 and I'll be 9 weeks. I'm too impatient, they couldn't get me in the week before. My friend Shalli is pregnant too and she is about 5 days in front of me. They have already seen the baby's heartbeat and I'm super jealous! This last week I ordered all of my nursery furniture. Target had a deal so I had to! Carson said I could start buying stuff as soon as I got a positive test.. I've been planning my registry since last October. I also bought a car seat. Carson put the crib together yesterday. We're just a little excited. WE already have a plan for how we're going to do our gender announcement. I can't wait! My symptoms are just tender boobs but my cyst pains are still kind of there. Not fun. Other than that I'm pretty thirsty and tired. I had a dream last night I was having a boy. I really feel like that's what I'm having! Carson thinks it's a girl thought. Obviously we'll be happy with either.

Hello! I got a bill in the mail from when we tested my hormones back in November when we were making sure my levels were good. I was a bit obsessed with making sure everything was ok. The first time I got tested it was around $200. The second time, for the same test it was $750. They sent it out to a different lab :( We are very bummed. I'm starting to feel a little sick towards bed time... and then in the morning until about noon. I notice if I eat something that usually helps. Maybe low blood sugar? My boobs still hurt. I'll be 7 weeks on Monday, time is going by decently fast. I wouldn't mind if it went by a bit faster. My cyst pains have pretty much disappeared which is amazing. I think I'm pretty lucky with minimal side effects. I am however feeling more irritable and that's super NOT fun. Some things I like to eat include:
I'm starting to notice more smells and I don't like our hand soap anymore. It smells like poop mixed with soap haha! I've also lost more weight probably due to my hormones and the fact that I can't eat a lot at a time. Finally some portion control! ;) I have an engagement shoot tomorrow with a cute couple and I'm super excited and nervous because I get tired easily. I dreampt I was having triplets and my mom said it was ok to cry and I couldn't because I was in shock. Also, the doctor felt bad for us so he offered a free purple mattress haha! I remember thinking "why wouldn't he offer to buy us 2 more cribs instead?"

Guess what? On Tuesday, it's our first dr. appointment! I'm really nervous. I hope everything is ok! I think I'm having a boy. I get sicky at night. It's no fun. Especially beacuse I have so many pills at night. So far I've lost weight. We are filming our pregnancy announcement tomorrow and I'm super excited! We bought Carson a bunch of "dad" clothes and I'm gonna walk out and stick out my belly and ask if my dress makes me look pregnant and he'll ask if his outfit makes him look like a dad. He's wearing cargo shorts, tucked in polo, these gross sandals paired with long socks haha! We'll announce on Tuesday if everything looks good. I sure hope it does! I'm trying not to work myself up about it.